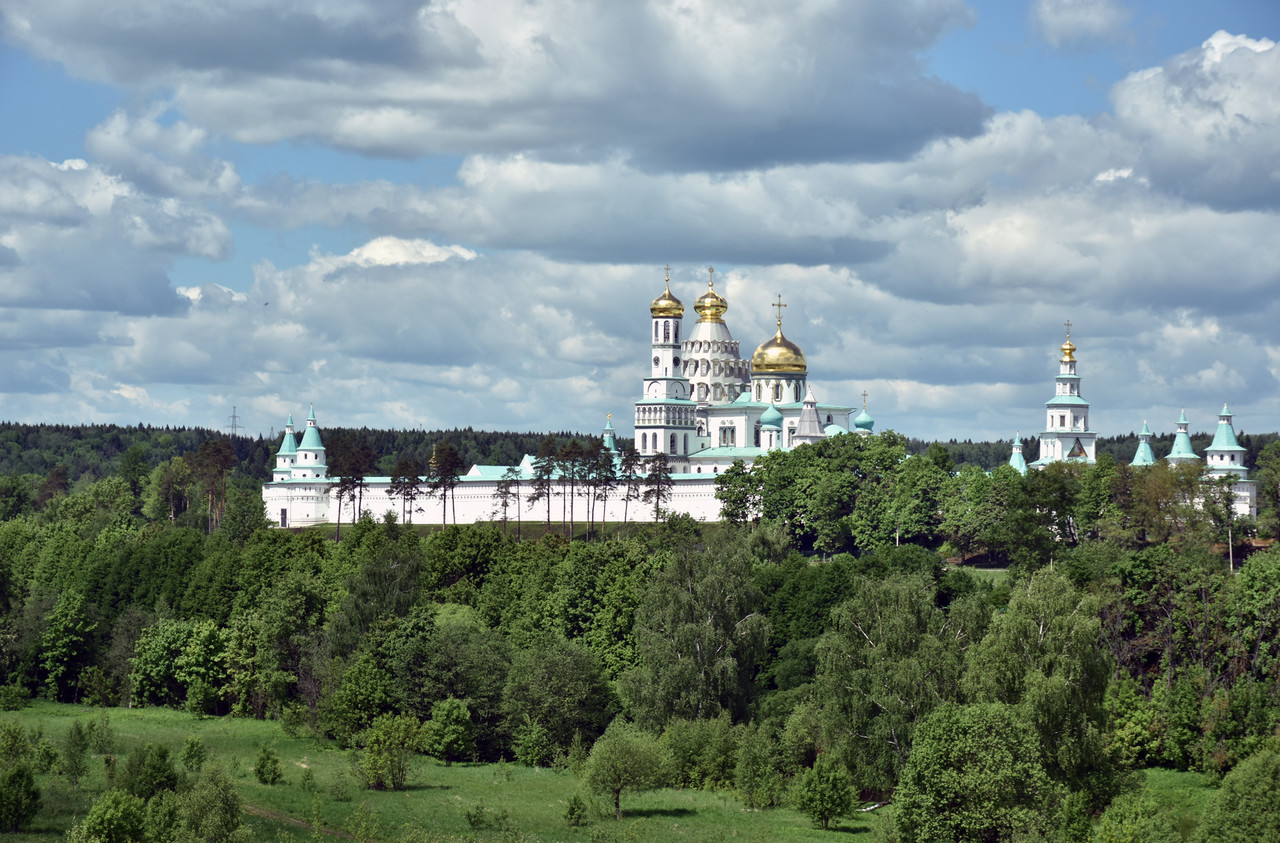 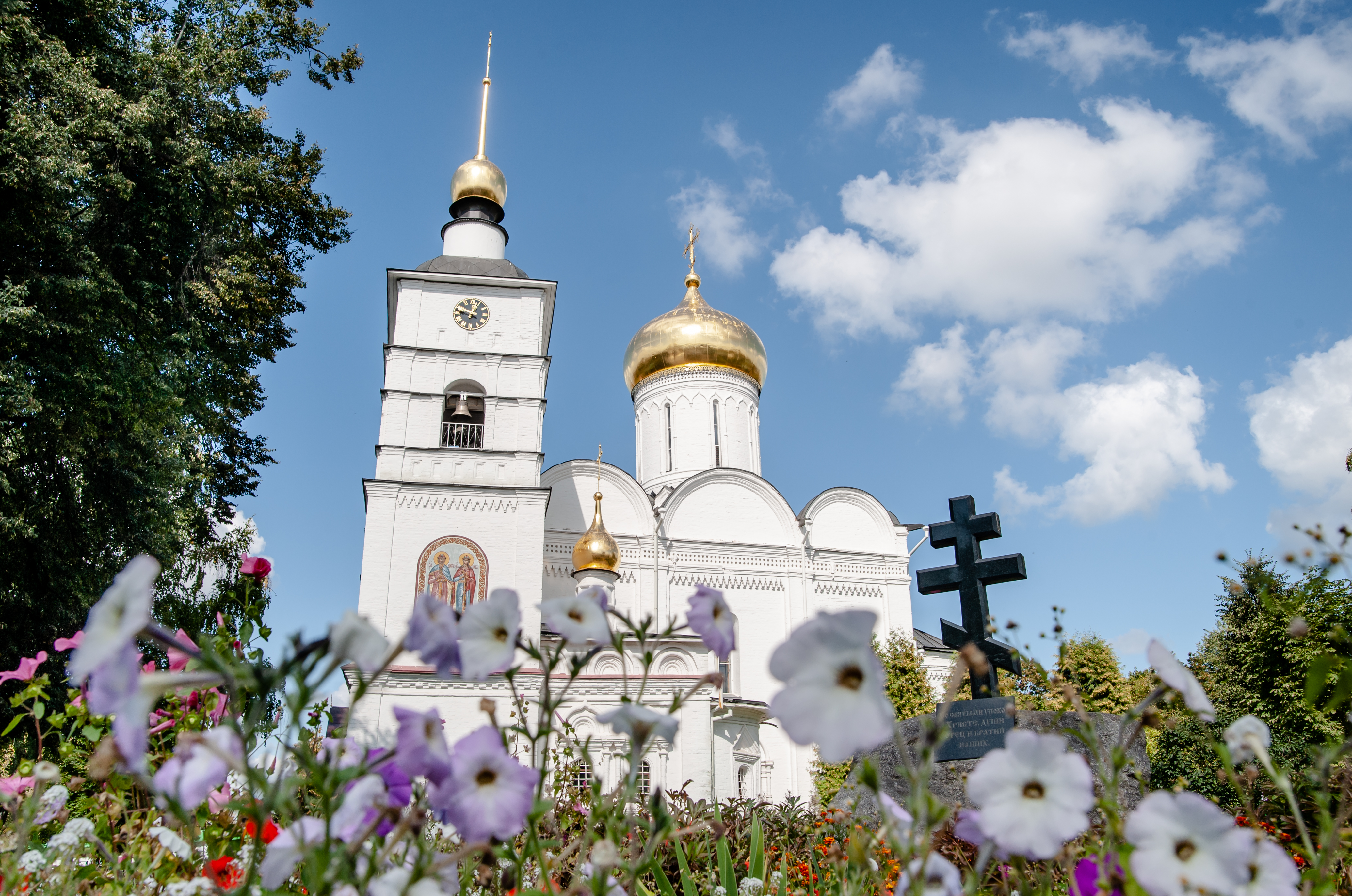 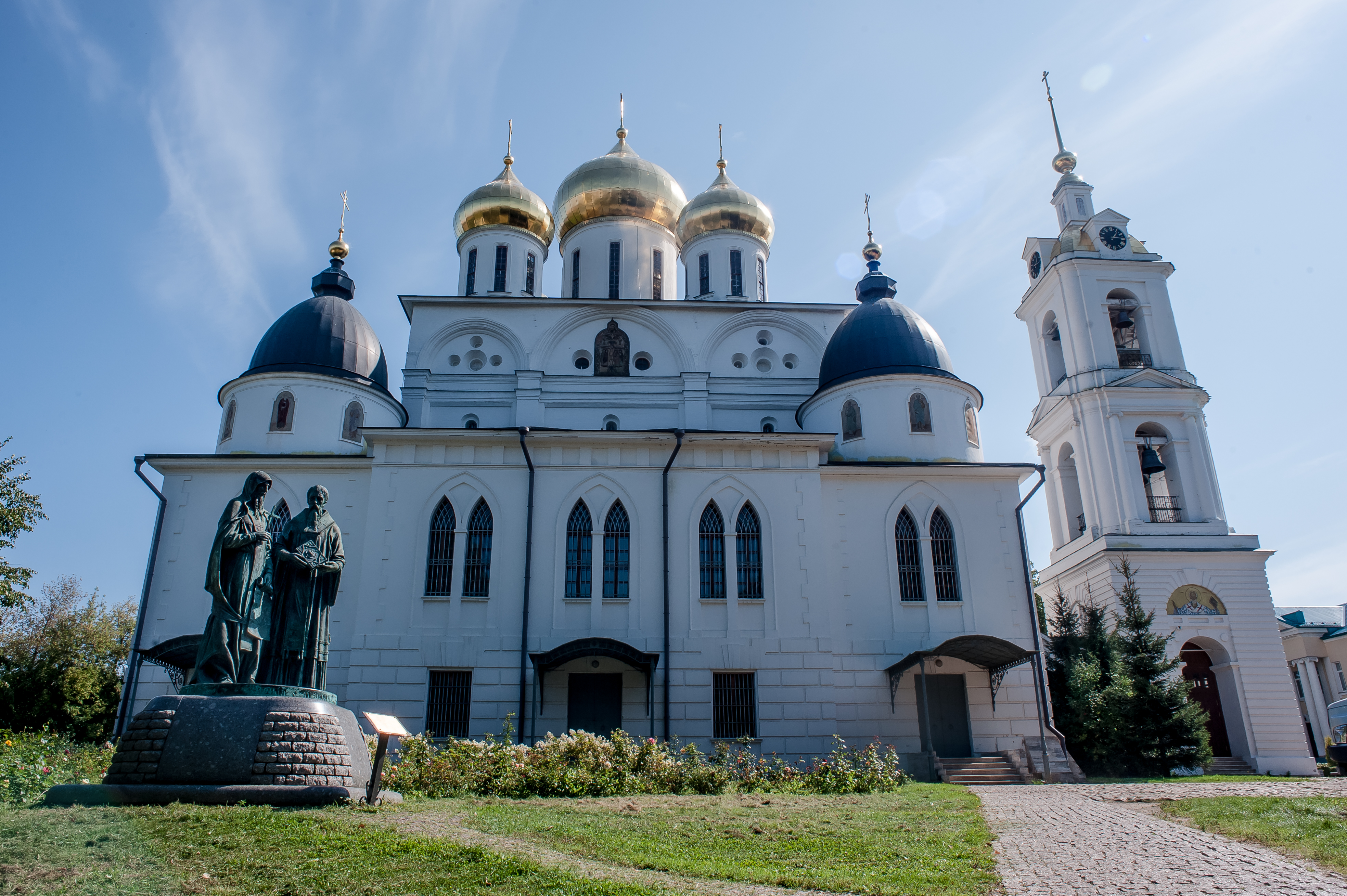 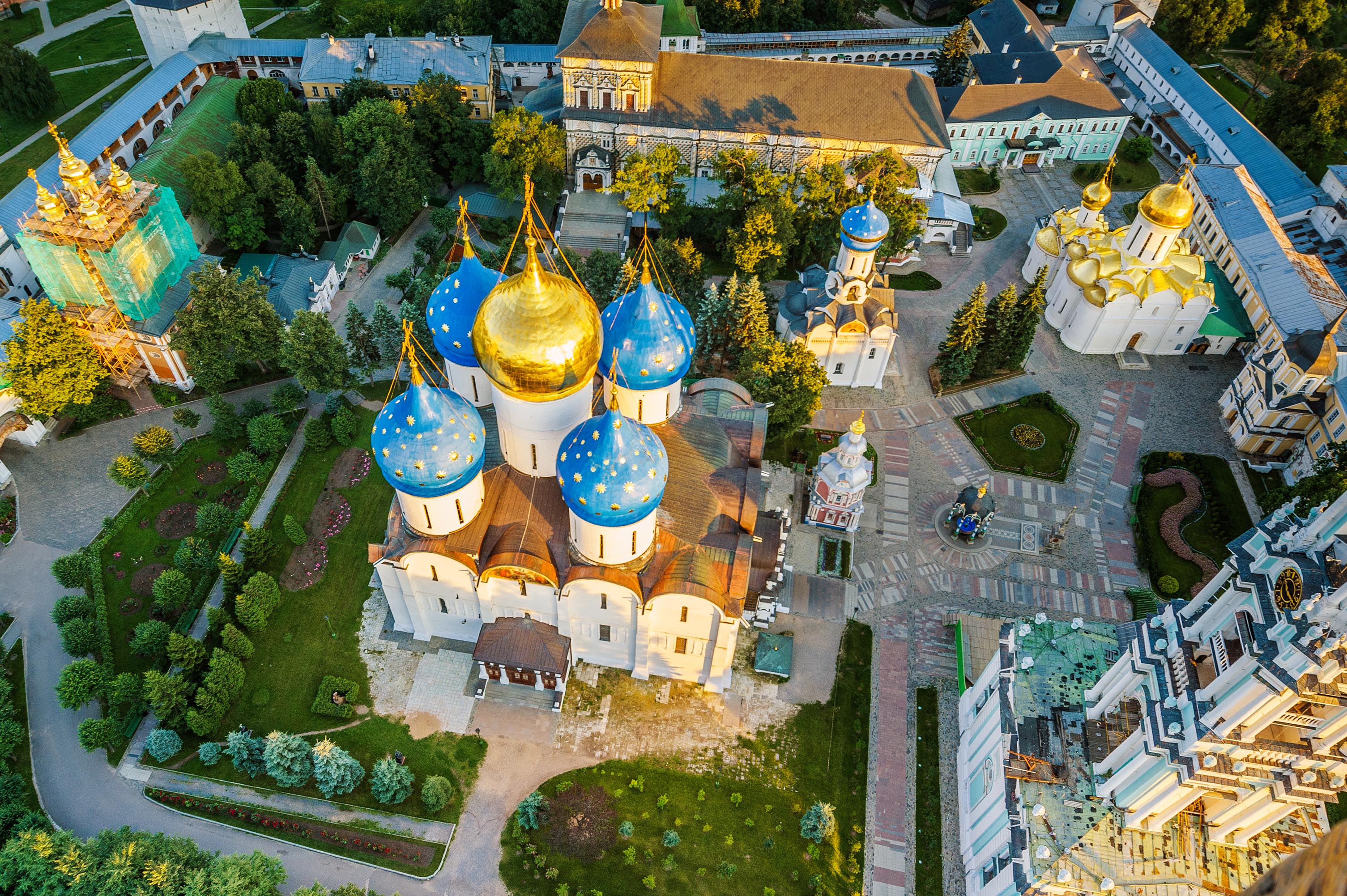 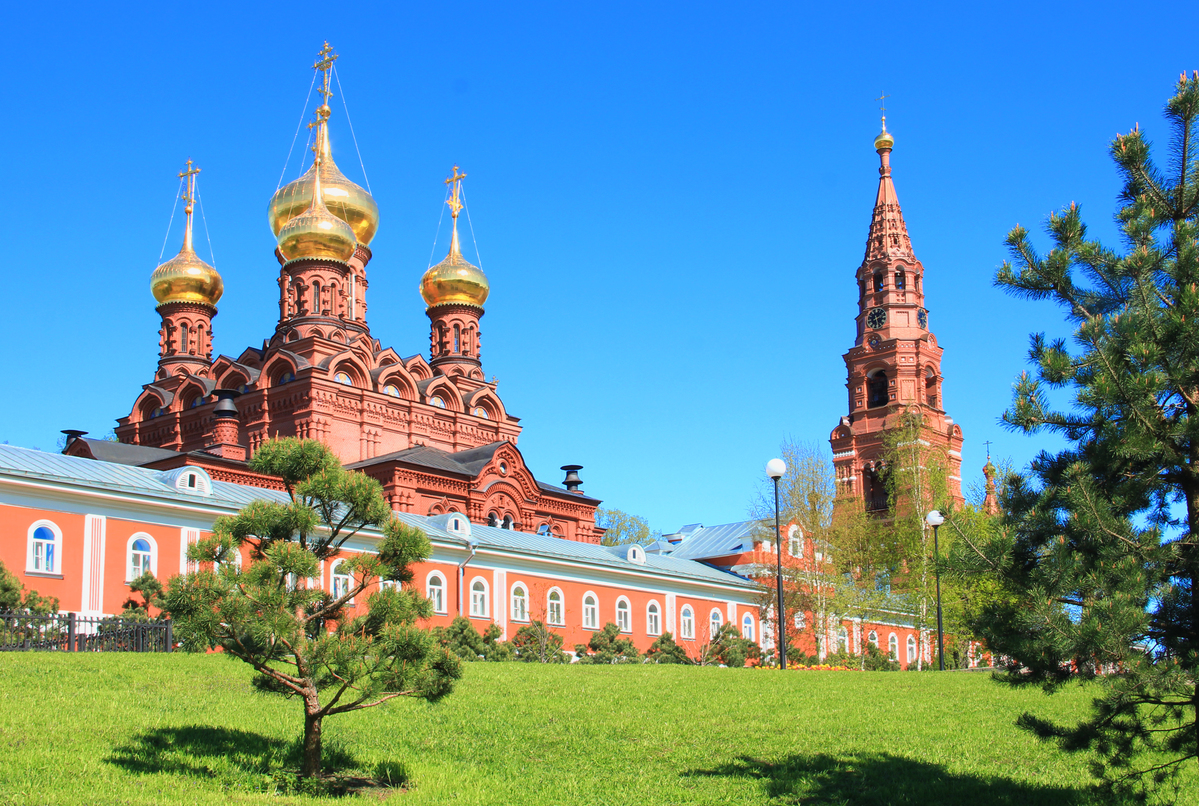 Гефсиманский Черниговский скит
1
/
While traveling to the spiritual monasteries of the Moscow region, you will not only get acquainted with their rich history, enjoy the unique ancient architecture and see miraculous icons and other important Orthodox shrines, but also find peace of mind and peace.

How to get from Moscow to Istra

This 3-day itinerary is quite busy, so we advise you to travel by car to save time. The first city is Istra. The distance to it from Moscow is 66 kilometers. The road without traffic jams will take about 40 minutes.

Borisoglebsk Anosin Convent is located in the village of Anosino. It was founded in 1823 by Princess Avdotya Meshcherskaya, the aunt of the poet Fyodor Tyutchev. The monastery is named in honor of the Russian princes and holy martyrs Boris and Gleb, in memory of the late husband of the founder - Prince Boris Meshchersky.

Among the main shrines of the monastery is a particle of the relics of the noble princes-passion-bearers Boris and Gleb.

This monastery is considered one of the main gems of the Moscow region. It was founded back in 1656 by Patriarch Nikon, who wanted to recreate the complex of the holy places of Palestine near Moscow. The settlements and hills around the monastery were named with biblical names: Mount Zion, Tabor, the Mount of Olives, the Jordan River, the Garden of Gethsemane. The Resurrection Cathedral was created in the image and likeness of the Church of the Holy Sepulcher.

After the revolution, the monastery was closed, and a museum was founded on its territory. During the Great Patriotic War, the monastery was blown up by the Nazis, it took years to restore the buildings. The monastery was reopened in 1994, and until 2014 it shared the site with the New Jerusalem Museum. Now it is located in a separate building nearby.

Tourists not only from the Moscow region, but also from all over Russia come here to see the majestic monastery walls and shining domes, visit the Resurrection Cathedral, go down to the underground church of Constantine and Helena and collect water from the holy spring. At least two hours should be allocated to visit the monastery, this is a truly impressive sight!

This concludes the first day of the trip. We advise you to grab a bite to eat at one of the city's restaurants and gain strength before the next day.

Where to rest and eat in Istra

This place is suitable for those who want to enjoy not only good food, but also nature.
Address
Istra urban district, Novinki village, 115
Price
Average check - 2500 rubles

Rooms in the hotel are of different designs: everywhere, different furnishings and furnishings are different from each other
Address
Istra, Shnyreva street, house 2, building 2
Price
Classic room - from 2300 rubles

The hotel is located in a modern cottage village
Address
Istra, village Zarechny, 59
Price
Double room of the "Comfort" category - from 2000 rubles

The guest house is located within walking distance from the Resurrection New Jerusalem Monastery
Address
Istra, Centralnaya street, 6
Price
Standard double room - from 2900 rubles
How to get from Istra to Dmitrov

The distance between Istra and Dmitrov along the highway is 79 kilometers. The road without traffic jams will take about an hour and a half. It is convenient to get to the Central Ring Road.

On the second day, a visit to two more places is planned, so we advise you to leave early.

According to legend, the Borisoglebsk Monastery in Dmitrov was founded by Yuri Dolgoruky at about the same time as the city itself - in the middle of the 12th century. However, the exact date of the foundation of the monastery is unknown: in 1610 there was a fire that destroyed the entire monastery archive. The first documentary evidence that has survived to this day dates the foundation of the monastery to a much later period - to the 15th century.

In 1924 the monastery was ravaged and desecrated. In Soviet times, various institutions of the regional center were located there: a post office, a branch of a state bank, warehouses of organizations for the procurement of flax and grain. During the Great Patriotic War, the premises were given to the military. As a result, many documents and historical values ​​were lost.

The monastery was transferred to the Russian Orthodox Church only in 1993, now it has been completely restored.

Among the shrines of the monastery there is an ark with particles of the relics of the holy Apostles Andrew the First-Called and the Evangelists Matthew and Luke, St. John Chrysostom, Gregory the Theologian, Theophan the hermit of Vyshensky, St. Peter and Fevronia of Murom, the great martyr George the Holy Cross, and many others.

The Cathedral of the Assumption of the Blessed Virgin Mary is the main Orthodox church in Dmitrov. It is located on the territory of the Kremlin. The exact date of the construction of the cathedral is unknown. According to one version, it was erected at the beginning of the 16th century. According to other historical data, the stone temple was already at the end of the 15th century.

In the Assumption Cathedral, there is a carved iconostasis made by the masters of the Armory Chamber (the end of the 17th century), two icons of which date from the beginning of the 15th century, as well as a painting from the 19th century. Also interesting is the carved episcopal place, brought here in 1792 from the Krutitsky bishop's house.

In the remaining time, you can walk around the center of Dmitrov, eat at one of the restaurants and relax at the hotel.

Where to rest and eat in Dmitrov

The complex in the village of Svistukha near the Yakhromskoye reservoir consists of the hotel "Europe" and two cottage villages
Address
Dmitrovsky urban district, village Svistukha, Ferry, 22
Price
Standard room - from 3500 rubles
How to get from Dmitrov to Sergiev Posad

The last city on our route is Sergiev Posad. The distance to it from Dmitrov along the highway is 51 kilometers. The journey will take about an hour.

The Holy Trinity Lavra of St. Sergius is the largest male monastery with a rich history and special significance for the Russian Orthodox Church. This is the most famous UNESCO site in the Moscow region. Every inhabitant of our country should certainly go to the spiritual center of Russia and see the Lavra with his own eyes.

The monastery was founded in 1337 by St. Sergius of Radonezh. The architectural ensemble of the Lavra was formed over many centuries. Within its walls, kings were baptized and commanders were blessed for great battles.

The oldest Trinity Cathedral (15th century), where the relics of St. Sergius of Radonezh are kept, was painted by an artel of craftsmen led by Andrei Rublev. In the Assumption Cathedral, the miraculous Kazan icon of the Mother of God and the relics of St. Innocent of Moscow are kept.

Lavra is a huge complex of temples, towers, cells, workshops, refectories and hotels for pilgrims. To examine all this beauty in detail, one hour is clearly not enough - you need to come here at least half a day. It is better to book a sightseeing tour with a visit to the three main cathedrals in advance on the official website.

6 Gethsemane Chernigov Skete
The territory of the monastery is surrounded by red brick walls. Behind them there is an ensemble of temples, monastic cells and a holy spring
Address
Sergiev Posad, Gethsemane ponds street, building 1
Price
Is free

The skete is open to pilgrims who want to worship its shrines, and everyone who wants to learn the history of the monastery and see its attractions: cave temples, monastic cells and a holy spring. In addition to the caves, the skete is known for its unique architectural ensemble of temples, buildings and monastery walls that have survived to this day.

Restaurants on the route

Hotels on the route

Hotels
Are you sure you want to delete your review?
Delete Cancellation