Mytishchi - Sergiev Posad: a route through the folk crafts of the Moscow region 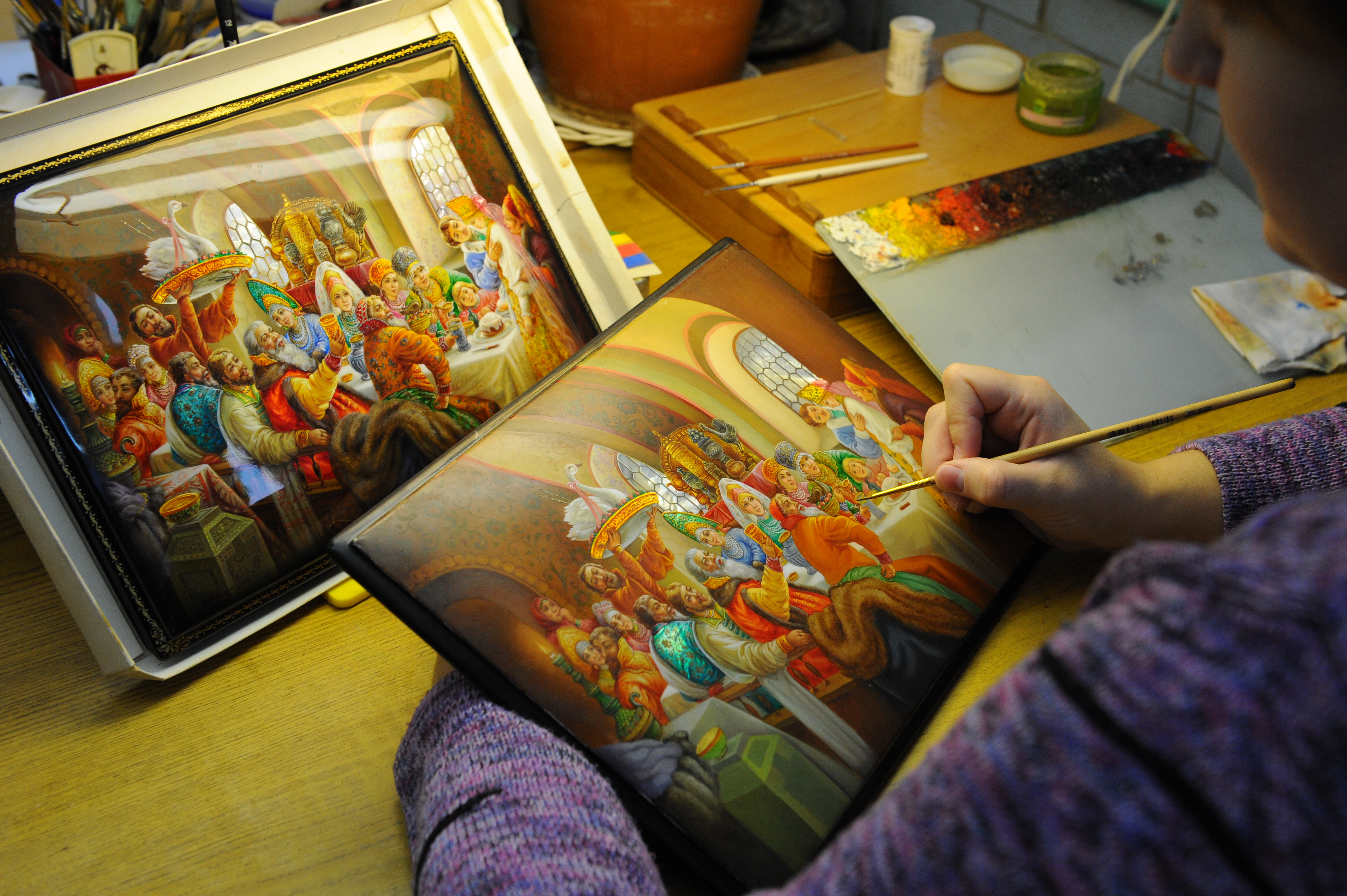 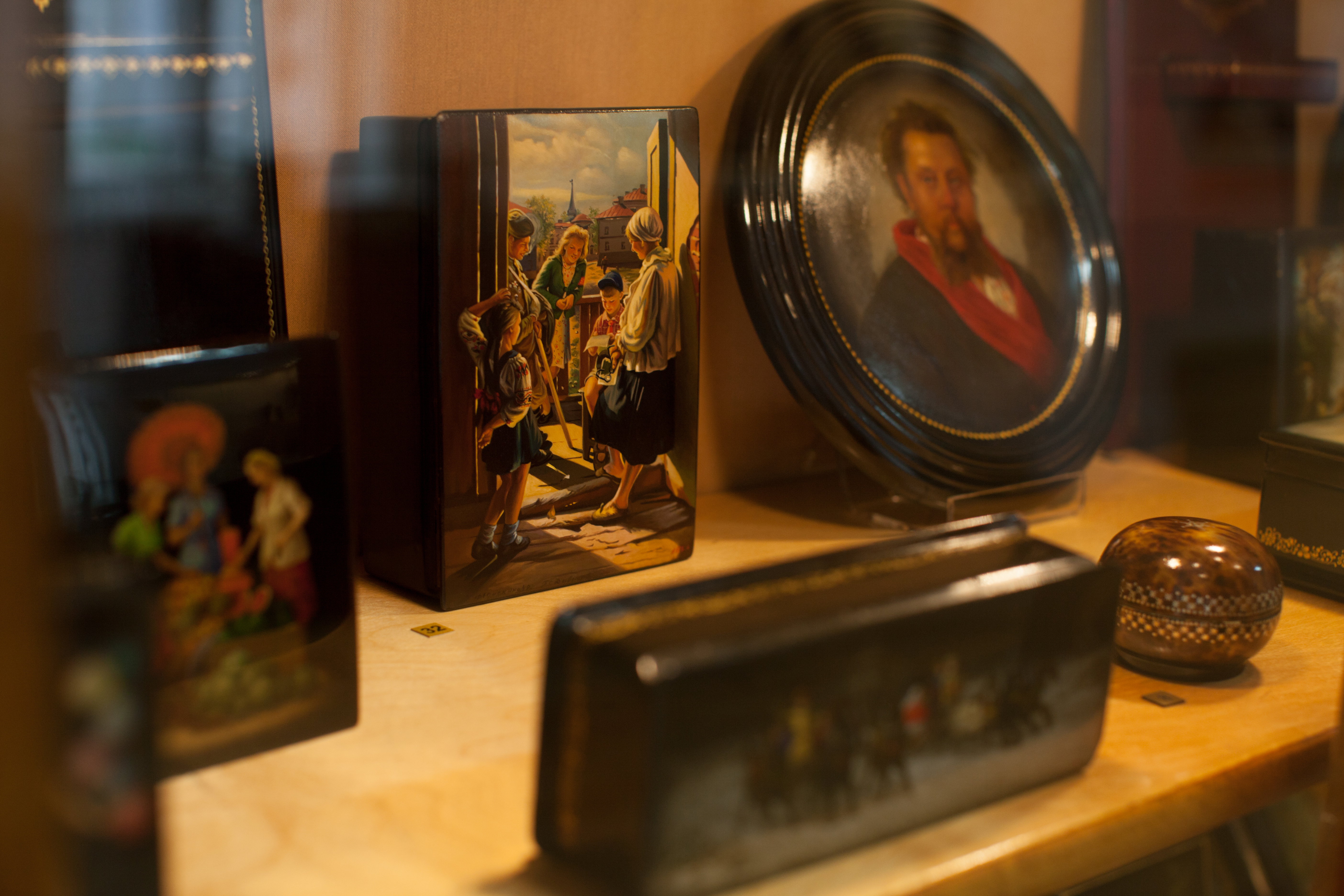 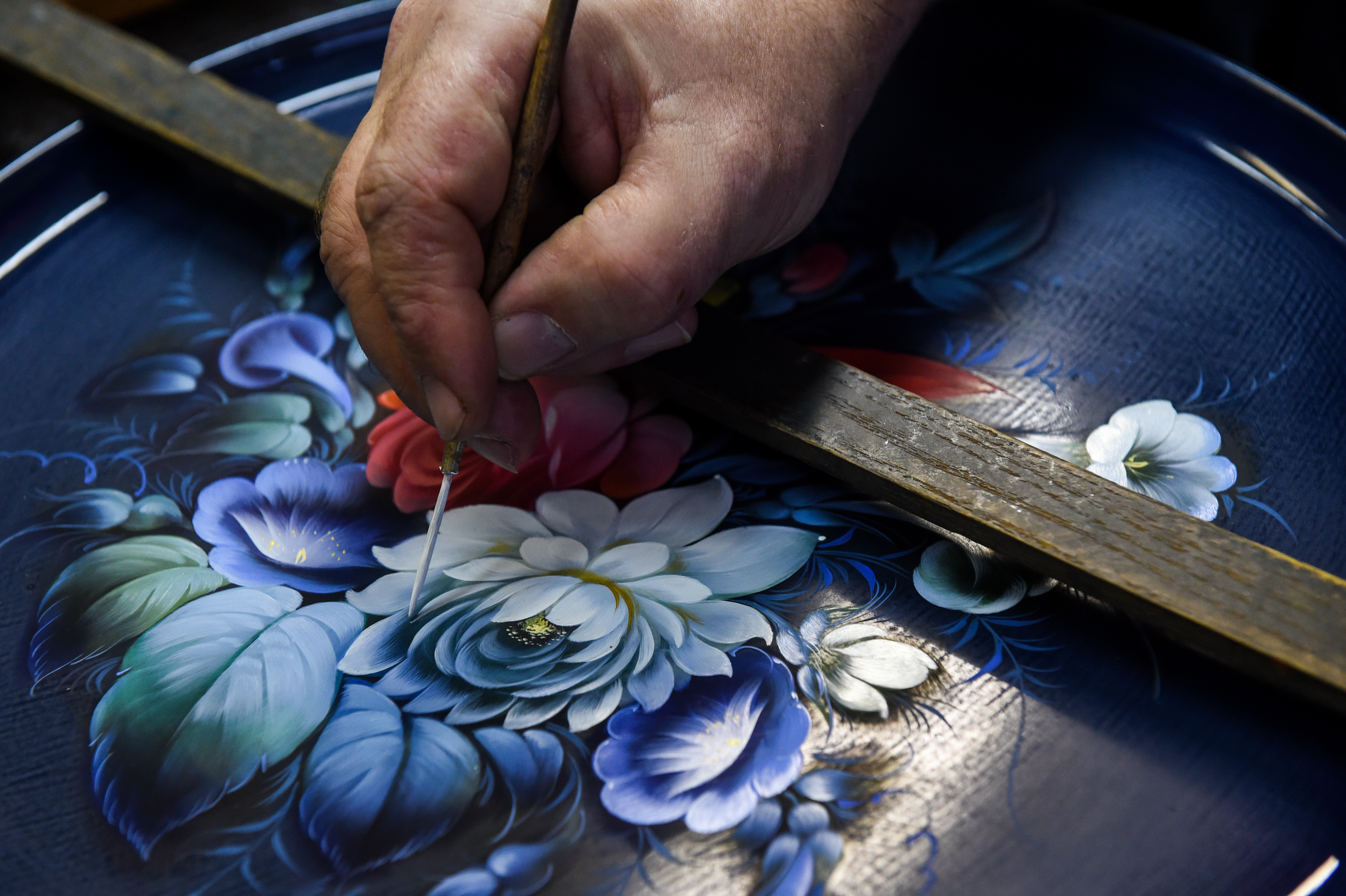 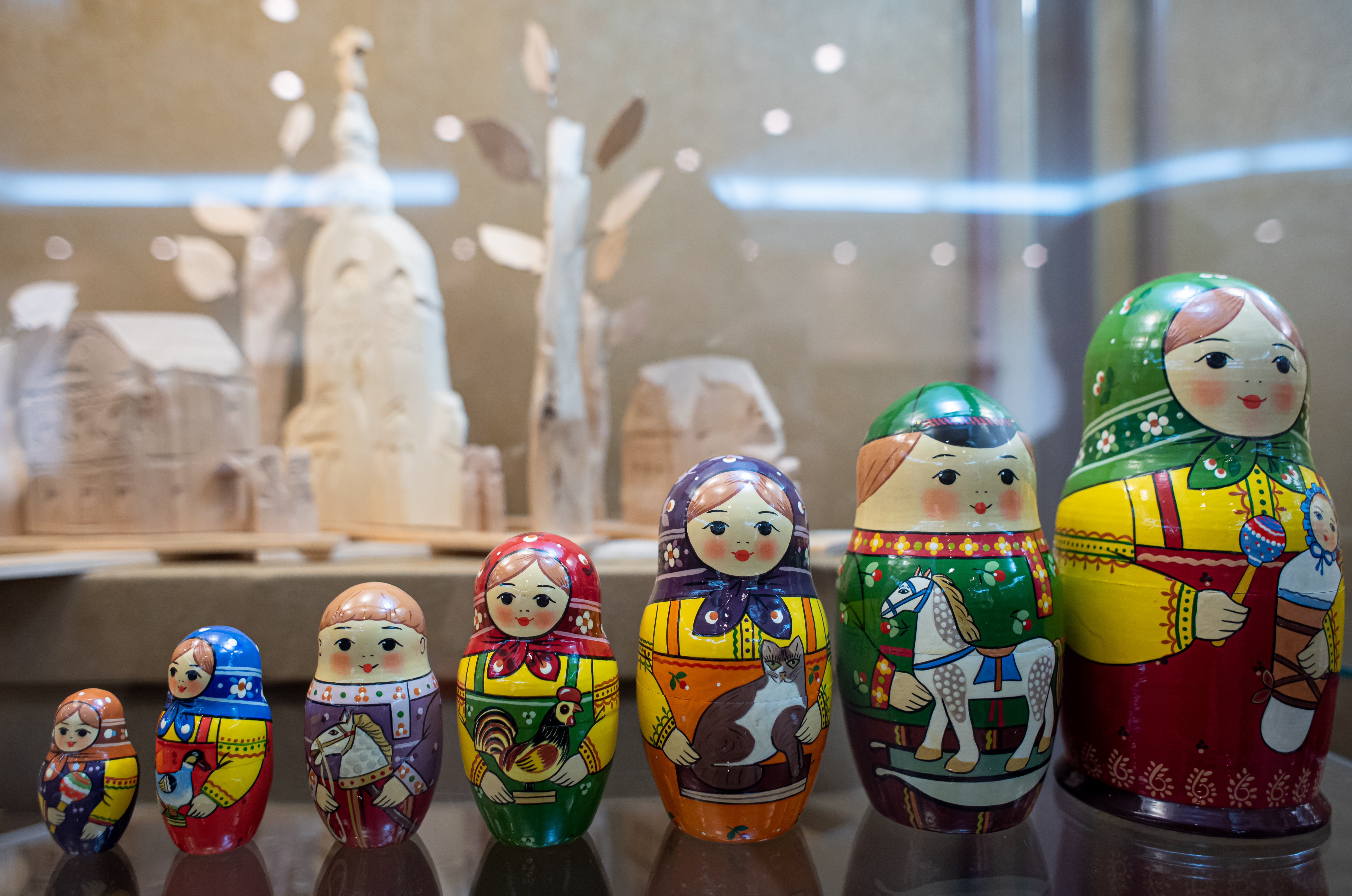 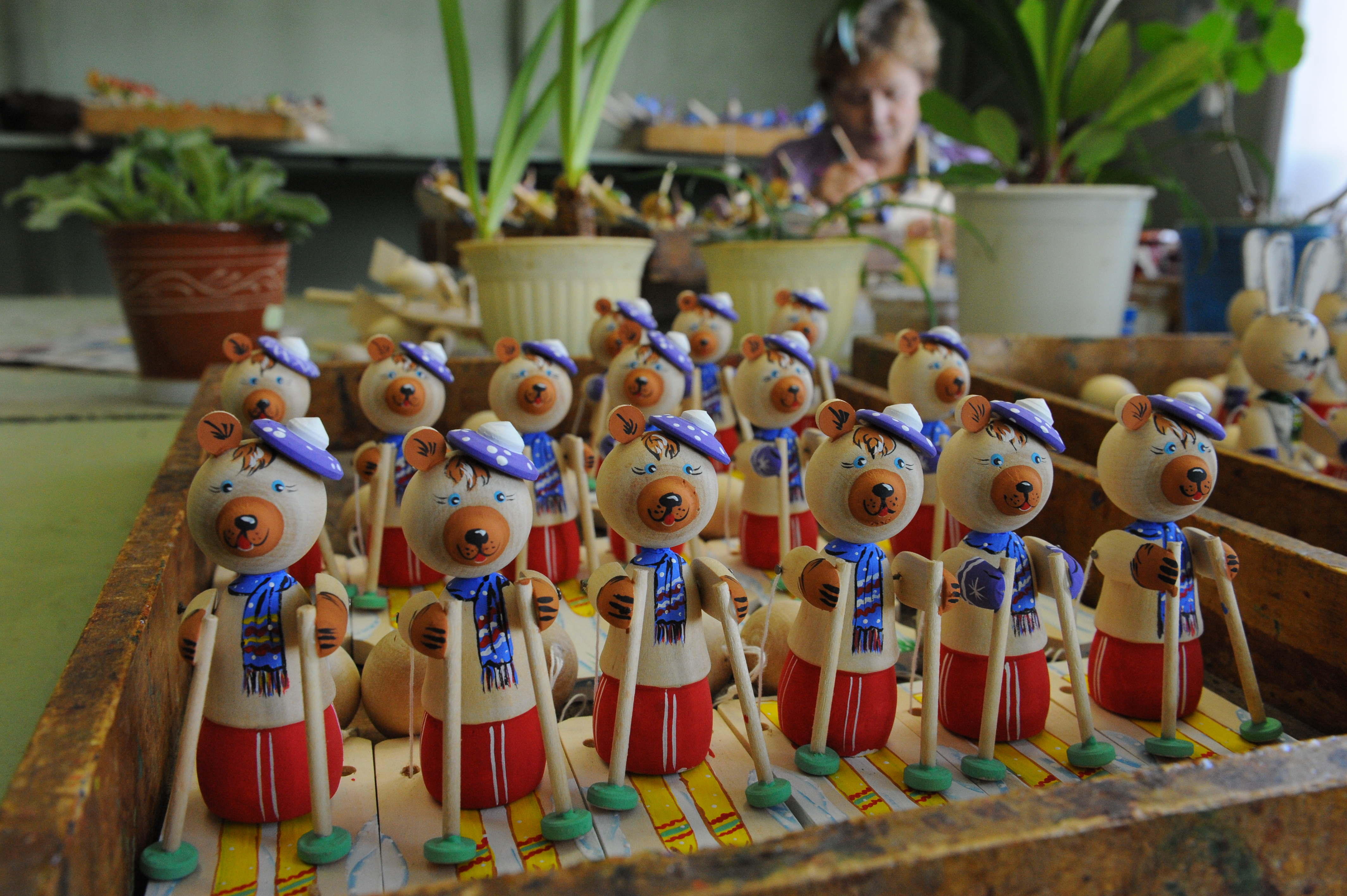 Богородская фабрика художественной резьбы по дереву в Сергиевом Посаде
1
/
Fedoskino boxes, Zhostovo trays, Bogorodskaya toy and Posad matryoshka are folk arts and crafts, known all over the world. On this tour, you will learn their history, watch the work of the craftsmen and try to make beautiful products with your own hands.

How to get from Moscow to Mytishchi

The distance between Moscow and the urban district of Mytishchi is 20 kilometers. It will take about 20 minutes to get to the first point of our route along Dmitrovskoe highway. Near the village of Sholokhovo (after the Leroy Merlin store) turn right towards the village of Fedoskino.

"Fedoskino lacquer miniature" appeared in 1795, when the merchant Pyotr Korobov organized the first production. Initially, lacquered army visors were made there. But after Korobov visited a factory in Braunschweig and adopted the technology for the production of papier-mâché products there, snuff boxes began to be made in Fedosikno. And since the 19th century, the factory has expanded the range of products with boxes, beads and other souvenirs.

The factory of lacquer miniatures is still operating in Fedoskino. Small masterpieces are created here just as slowly and with the same quality as many years ago. On exciting excursions, guests will not only get acquainted with the history of the craft, but also visit the production and art workshop, where they will learn the secrets of local craftsmen. And at the master class, you can paint the box yourself. There is also a shop at the factory where you can choose an original gift for yourself or a loved one.

The next location is on the same street, just 450 meters away. It can be reached on foot.

2 Moscow Regional Museum of Folk Arts and Crafts
Most of the museum's exposition is devoted to the emergence and development of the Fedoskino lacquer miniature
Address
Urban district Mytishchi, Fedoskino village, Lukutinskaya street, building 7
Price
Entrance ticket - 250 rubles, excursion for a group of up to 10 people - 1000 rubles, master class on Fedosin painting on a black box - 800 rubles

From the end of the 19th century to the 70s of the 20th century, painters worked and production departments were located in the building of the Moscow Regional Museum of Folk Art Crafts.

The museum was opened in 2014. Its guests will be able to see unique memorial items, photographs, documents and the most complete collection of Fedoskinsk lacquer miniatures in Russia, as well as trace the history of the emergence and development of the famous folk art craft. The Exhibition Hall organizes temporary expositions dedicated to the masters of such famous crafts as Gzhel, Dulevo, Verbilki, Bogorodskoe, Pavlovo Posad shawl manufactory, Sergiev Posad toy and Zhostovo.

This craft originated in the Moscow region at the beginning of the 19th century. At first, the trays were made of papier-mâché, but this material turned out to be too fragile, and it was abandoned in favor of metal alloys. The Zhostovo painting is unique in that the artists do not use any stencils and samples in their work, the drawings are always original.

During a tour of the Museum of Trays at the Zhostovo Factory, guests are shown the first Zhostovo trays, they are told about the secrets of painting, paints and the history of the craft. At master classes, you can try to paint the tray yourself. They will be dried in a special oven, varnished and handed over to the owner as a keepsake of this trip.

The first part of our journey has come to an end, the rest of the time you can dine in one of the restaurants in Mytishchi, and then relax in a comfortable hotel.

Where to rest and eat in Mytishchi

The hotel offers accommodation in 58 comfortable rooms of various categories with a view of the reservoir at several rates to choose from.
Address
Urban district Mytishchi, village Boltino, Turisticheskaya street, possession 10
Price
Standard room with two separate beds - from 4350 rubles
How to get from Mytishchi to Sergiev Posad

The distance between Mytishchi and Sergiev Posad along the highway is 58 kilometers. The road will take an hour and a half. Drive straight along Yaroslavskoe shosse, then turn onto Old Yaroslavskoe and Moskovskoe shosse. The Konny Dvor museum complex is located in the very center of Sergiev Posad, not far from the Trinity-Sergius Lavra.

4 Exhibition "Museum of Russian Matryoshka" in the museum complex "Horse yard"
The exhibition presents exhibits of the XX-XXI centuries from the collection of the Sergiev Posad Museum-Reserve and private collections
Address
Sergiev Posad, street of the 1st Shock Army, building 2
Price
A ticket without a guided tour - from 60 rubles, a ticket with a guided tour - from 120 rubles

The matryoshka doll gained popularity over 110 years ago. Since then, it has become one of the symbols of Russia.

The Sergiev Posad Museum houses one of the best collections of nesting dolls from different parts of Russia. At the exhibition you will see exhibits of the XX – XXI centuries from the collection of the museum and private collections, as well as designer toys. These are the works of professional artists and folk craftsmen from all traditional centers of matryoshka production. The exhibition is open from Wednesday to Sunday, from 10:00 to 18:00 (on Friday - from 10:00 to 17:00). Cleaning day: last Wednesday of every month.

The last point of our route is 25 kilometers from the museum complex "Horse yard". It will take 30-40 minutes to get there.

5 Bogorodsk factory of artistic woodcarving
The rarest and most famous toys can be viewed in the museum at the Bogorodsk factory
Address
Sergiev Posad urban district, settlement Bogorodskoe, Slobodka street, 79B
Price
A ticket to the museum - 100-150 rubles, a tour of the museum - from 1500 rubles per group, master class - from 400 rubles

Carved toys have been made in the village of Bogorodskoye since the 17th century. At first they were made seasonally: from autumn to spring. And since the middle of the 19th century, the production of toys has become permanent, real masters have appeared. The toys were so beautiful that they were ordered from abroad.

The factory works to this day. The most popular and famous are all kinds of figurines of bears, pets, blacksmiths, heroes and fairy-tale characters.

The museum at the factory displays the most famous or unusual samples that have ever been made in Bogorodskoye. Of course, there are also master classes in production for young and adult craftsmen. 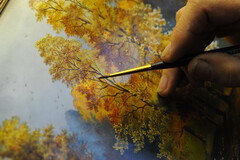 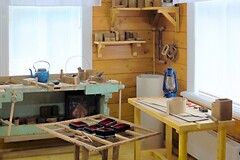 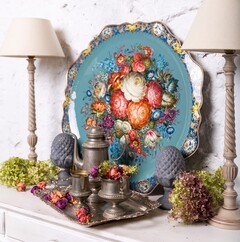 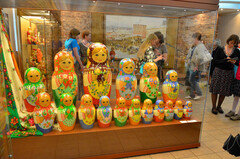 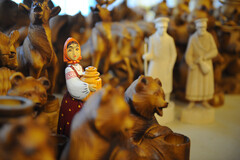 Restaurants on the route 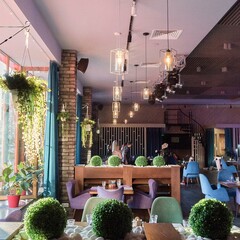 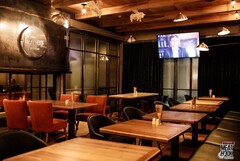 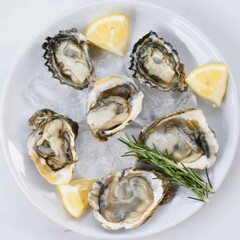 Hotels on the route 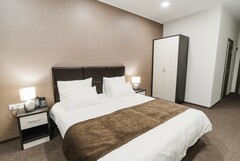 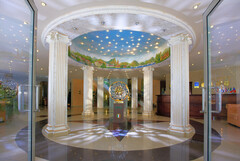 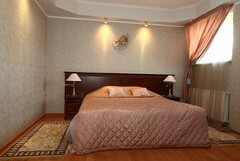 Hotels
Are you sure you want to delete your review?
Delete Cancellation